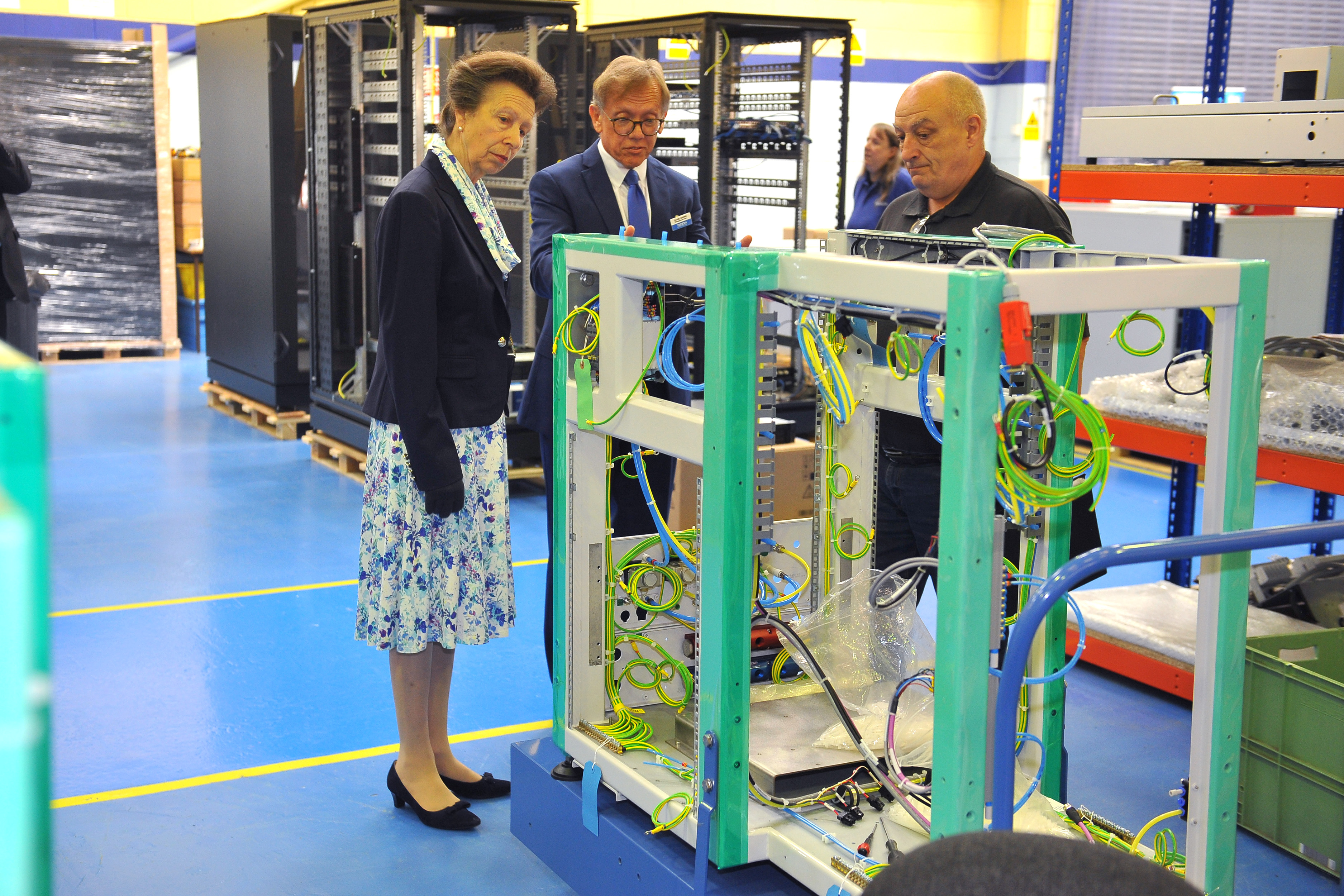 Many companies struggle to hang on to good employees. But at Time 24 in Burgess Hill on Wednesday (September 21), HRH The Princess Royal helped one celebrate the fact that few apparently want to leave!

Fifty-two of the 98 local staff at world-class manufacturer Time 24 have collectively put in more than 900 years’ service with the firm – an average of 17 years each.

Such continuity of service was a significant personal and professional milestone, said Time 24 Director and Co-founder David Shore. More than that, the team’s loyalty had been key to building the company’s global reputation. So, he was delighted their achievement had been recognised by Her Royal Highness who visited to present long service awards.

“In the sectors in which we operate, dependability and consistently high standards are key and we must rely on our staff to perform as a team to the best of their ability, each and every day,” said David. “We know we are very fortunate in having such a dedicated, skilled and lovely bunch of people – some of whom we’ve known from the very earliest days of Time 24. Our success is very much their success.”

Established in 1987, Time 24 also operates a manufacturing site in the Czech Republic employing over 100 staff.

About the Author: Time 24